The title sums it up here, if the Eagles have any chance of beating a team like the Kansas City Chiefs this decade, they need to give their featured running back more than 2 carries.

Eagles Head Coach Nick Sirianni cited the way the game went as an explanation for the Eagles horrendous lack of running on Monday night.

“The first half, just with how that went — those numbers get skewed at times,” Sirianni lamented after the loss. Regardless of the game script changing as a result of the Eagles being down, any NFL team will likely lose the game if they only run the ball a total of 3 times, which is exactly what the Eagles did against the Cowboys.

Per Pro Football Reference, the Eagles’ 3 running plays against the Cowboys marks the fewest carries by a team’s RBs in any game in their database… as far back as they’ve ever tracked football statistics.

The Eagles ran just three running plays for RBs yesterday. That's the fewest carries by a team's RBs in any game in our database

You can run draws, stretch plays, and other runs called at the right time in addition to more screens that will catch the defense off-guard and gain chunks of yardage(balanced with mostly passing) to put together drives to score quickly in that situation; however, the Eagles seemingly weren’t interested in logic or even analytics.

Some evidence for these claims lies in Sanders’ TWO carries going for 27 yards and his 3 catches going for 28 yards. 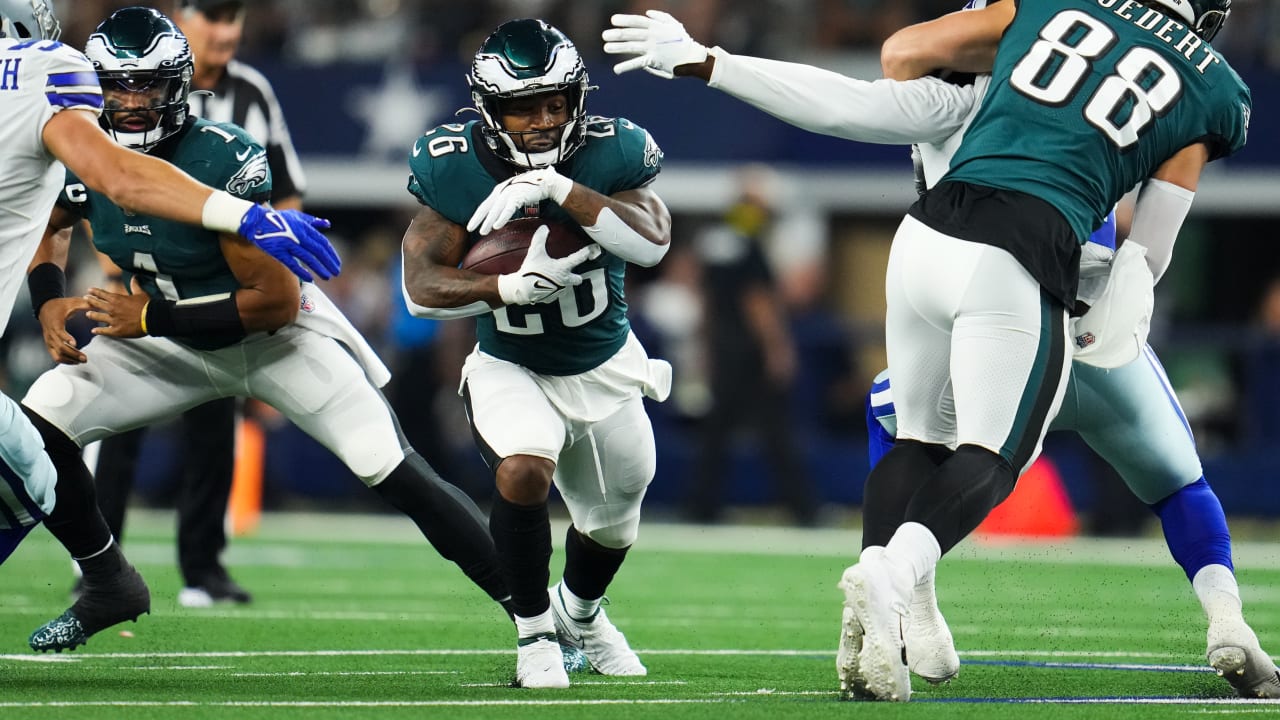 Furthermore, throwing that much is predictable and hurts your overall efficiency both rushing and passing. Maybe it isn’t a result of the Eagles lack of balance, but its worth noting highly-touted draft pick Landon Dickerson has allowed 9 pressures on 73 pass block snaps this season by Pro Football Focus’ (PFF’s) charting.

Landon Dickerson has allowed 9 pressures on 73 pass block snaps this season by @PFF’s charting. He has the worst Pass Blocking Efficiency in the NFL. #Eagles

Per PFF, he has the worst 2021 Pass Blocking Efficiency in the NFL. He didn’t get a full off-season of work, but so far it isn’t looking good for the former #37 overall pick.

If the Eagles had run the ball more, it might have resulted in avoiding being carved up all night defensively as well. With Tony Pollard and Ezekiel Elliott combining for 2 TDs and 155 yards on 28 carries (5.5 YPC), the defense was clearly gassed and beat down towards the end.

It was obvious the Eagles defense was physically and mentally beat down with the amount of penalties they committed. Despite the defensive exhaustion, the Eagles need to be more disciplined as they are looking like one of the most disorganized and undisciplined teams in the history of the NFL.

The record for the most penalties in a season is 163 (Raiders in 2011). The Eagles are currently on pace for a whopping 198.

Despite allowing 40+ points, there were defensive bright spots. Anthony Harris, Alex Singleton, and Javon Hargrave all showed up in this game, coming in 1st/2nd/3rd on the team in tackles respectively.

Singleton and Harris each had 10+ tackles while Hargrave had 6 tackles (coupled with 2 sacks). 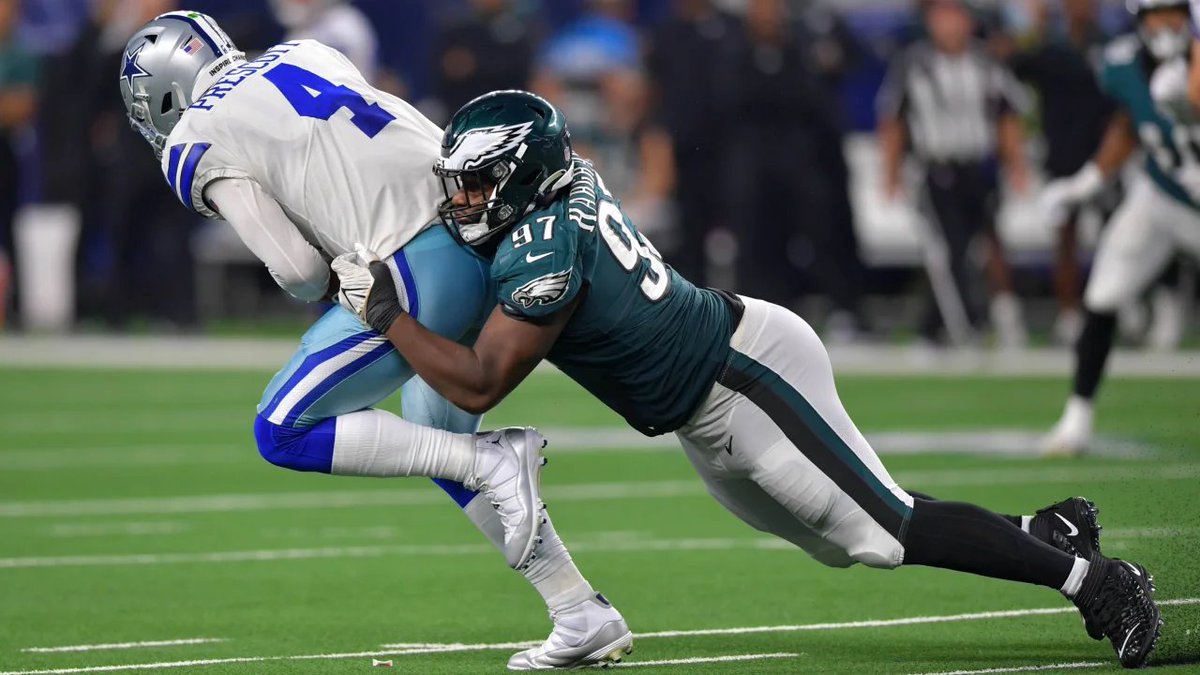 Although, most of the defense was disappointing and overall there was a lack of pressure on Dak Prescott which makes life easy for any QB. With only 6 QB hits on the night (most of which came in the first half), the Cowboys offensive held up decently against the Eagles rush.

It is worth mentioning that free-agent signing Ryan Kerrigan was supposed to be a key part of that pass rusher and a critical depth player for Philadelphia.

He has failed to log a single statistic in 94 snaps played so far this season.

Hopefully the Eagles can run the ball enough in Week 4 to give their team and defense a chance to win against a team with the best QB in the league which won the Super Bowl less than 3 seasons ago. 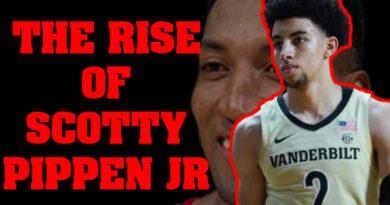 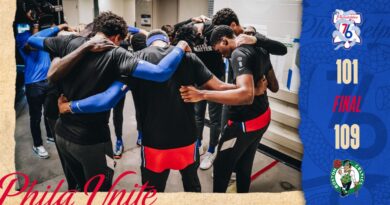