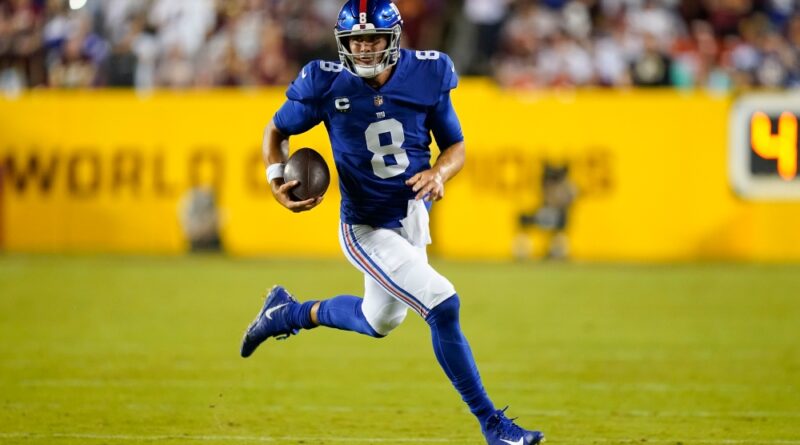 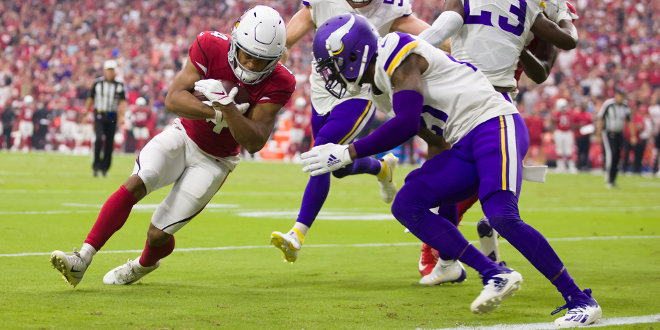 I don’t know if there’s been a waiver-wire rookie receiver that’s been this undisputed of a pickup since probably the Chase Claypool hype last year. Like Claypool, Moore is an explosive rookie and it is debatable whether or not he’ll be his team’s WR2 or WR3 game to game.

Although, if Moore keeps flying away from defenders like this, the Cardinals will have no choice but to increase his target share:

Through the first 2 games of the 2021 season, it is Rondale Moore, not DeAndre Hopkins, who currently leads the Cardinals with 182 receiving yards. In franchise history, only Anquan Boldin (279 in 2003) had more receiving yards in his first 2 games.

It wasn’t just that one touchdown either, Moore shows unique agility and determination as a ball carrier seemingly every time he snagged a catch.

After snatching 7 grabs (on 8 targets) for 114 yards and a TD, Moore has the attention of fantasy football owners everywhere.

More importantly, he has the attention of the Cardinals as he has been targeted 13 times so far through 2 games which translates to 110.5 targets on the season in the new 17-game slate, plenty of targets to become an elite fantasy football WR (especially given Moore’s speed/explosiveness).

This obviously depends on your format, roster, and the amount of teams in your league, but given that Moore has received at least 5 targets each game in one of the NFL’s pass-heaviest offenses, he’s worth a flex play in 12/14-team leagues, and is definitely worth rostering in all formats. 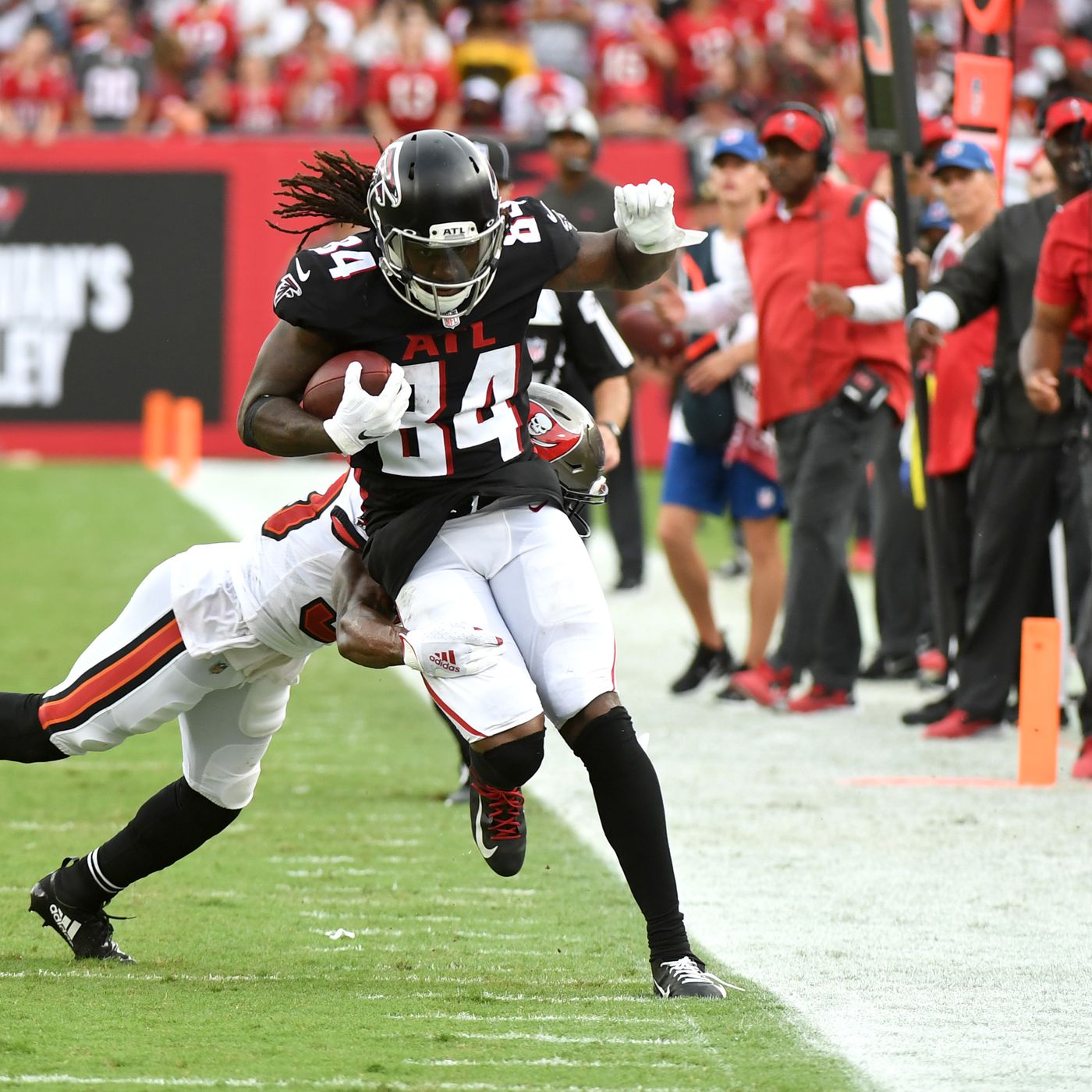 There’s not much to like about the Falcons right now, but I actually like what they are doing with their backfield given their pieces this year. Given Mike Davis’ age (nearly 30) and limitations (in terms of speed/agility etc.), I was wondering how the backfield would shake out, but they are doing a phenomenal job of using Patterson’s strengths to balance Davis’ deficiencies.

So far, Davis has been woefully ineffective while Patterson is looking like he finally may have found his perfect NFL home and fit after all these years of being mostly a gadget player/kick returner.

Patterson’s one-handed grab and his rushing TD were just part of the story. Much like Rondale Moore, Patterson showed elite ball-carrier vision and elusiveness with almost every touch.

Today, Cordarrelle Patterson is fantasy football’s 10th-best RB according to his PRK. Patterson has gotten at least 7 carries and 2 catches each week, which doesn’t sound like much but given his talent level he could be in line for Chase Edmunds-esque production/role.

Bottom line: If you’ve been disappointed with some of your WR/RB2s or flex options (maybe you drafted Brandon Aiyuk, Kenny Golladay, etc.), you could do much worse than starting fantasy’s RB10 against an inconsistent Giants defense that has shown plenty of vulnerability to both the pass and the run. 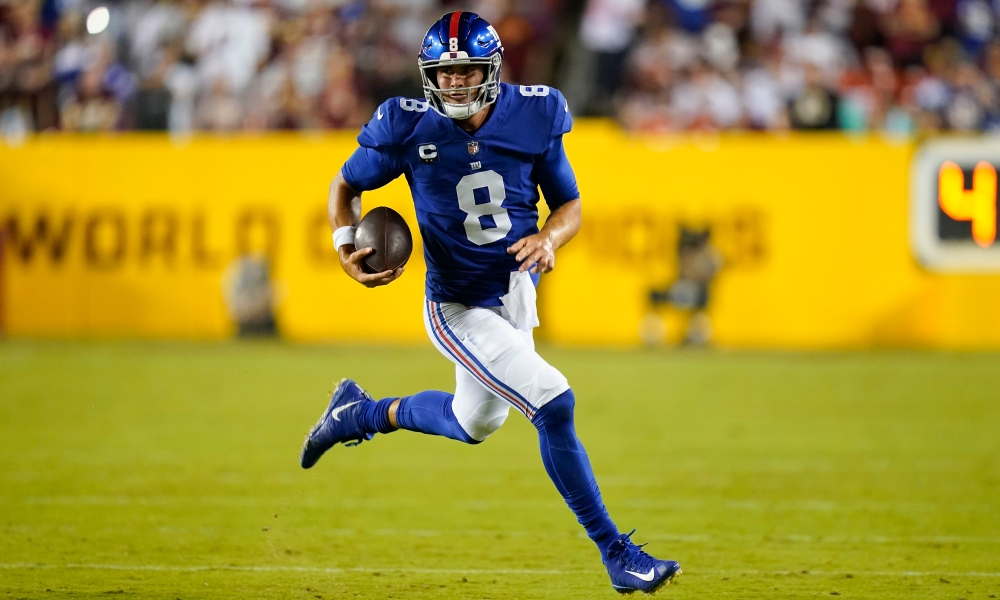 If anyone told you Daniel Jones would be a top-5 QB based on PRK after 2 weeks of the season… they are lying. Danny Dimes has not only shown consistency and a remarkable 20-point floor despite his horrendous offensive line, but last week he did it against one of the NFL’s most talented defensive lines.

Although the Giants were missing blocks and dropping passes all night, Jones put in a gutsy performance and did his best to put the team on his back and come out with the win.

More importantly, last week he showed his rushing prowess once again by rushing for nearly 100 yards (95 on the day). As you can tell with many of the top fantasy QBs (Kyler Murray, Lamar Jackson, Josh Allen, etc.), a common thread is mobility and rushing yards.

It’s also worth noting Daniel Jones has ranked 7th among all QBs in rushing yards in both his NFL seasons so far.

That’s how you finish a drive! 🙌

Bottom line: Daniel Jones and “mobile” might not seem like they belong in the same sentence with his long jersey sleeves and gangly running style, but he’s actually one of the fastest QBs in the NFL.

If he continues to rush like he did last week, he’ll find his way into lineups across the country, and if you’re a QB-desperate team who’s sick of starting guys who finish in the low teens with points (or worse, single digits), he’s worth a start this week as he’s put up at least 20 points in each game so far.

*Projected points are based on ESPN PPR Standard projections*