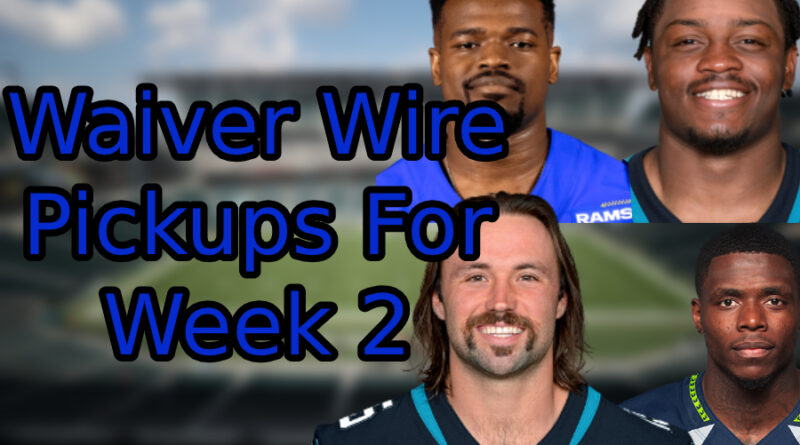 The Waiver Wire for Week 2 is the most important of the year. After the first regular season game, everyone gets a much clearer picture of every players role on the team. Some can handle this moment. Others, who also folded on draft day, will continue to make terrible decisions. I am here to guide you through this process. Here are my Waiver Wire pickups divided into tiers of importance:

Rostered in 7.9% of ESPN Leagues

I’d argue that Malcom was the biggest surprise of the first week of football. His out of nowhere performance was the type to make the so called experts who touted how dominant Cam Akers would be look like fools. Now, Malcolm will still split carries with Akers (who had 14 carries for 39 yards), but was able to do more going for 79 yards on 18 carries with 2 touchdowns and 3 catches. You should have him at the top of your waiver list in all leagues. 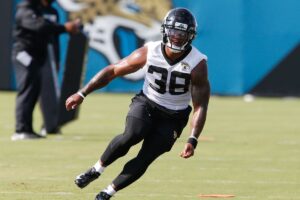 James Robinson’s Cinderella story has made him the darling of R/FantasyFootball – which has turned out so well for Andre Ellington and Josh Gordon. The undrafted rookie out of Illinois State went for 62 yards on 16 carries on Sunday and received praise all week from Offensive Coordinator Jay Gruden – another great sign. Now in PPR leagues he only scored 10 points, but that is not the important part. Check out the tweet below:

Yes that is right, the only back who saw all of the teams running back rushes. That is an incredible sign because there are other capable backs on the Jaguars, but they clearly have faith in James moving forward. He should be a priority pickup in all leagues – unless you’re in my league. Because I already have him. And started him last week. Motherfucker!

I’m actually surprised Goedert slipped under the radar again this year due to his production last year as well as Wentz’s tendency to throw to tight ends. Goedert went for 101 yards on 8 catches and 1 touchdown on Sunday which was good for first among all tight ends. Assuming the Eagles’ offensive line can hold up without sacrificing Carson Wentz’s brittle bones to the opposing team’s defense, Goedert should be rostered, and probably starting, in all leagues.

Rostered in 3.8% of ESPN Leagues 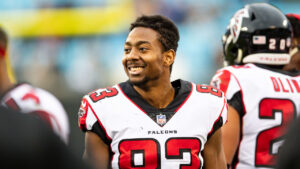 Gage showed promising signs last year and carried that into this year’s opening game going for 114 yards on 9 catches. Look for him to continue to put up dazzling numbers on an Atlanta team that doesn’t love its run game. Matt Ryan threw 54 times last Sunday. 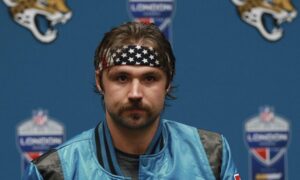 Nobody believed in Gardner Minshew to enter the season – and that is the way Gardner Minshew likes it. The current Jacksonville Jaguars team reminds me of the Cleveland Indians in the movie Major League. They are both teams whose front office are blatantly tanking, but the team on the field is doing everything in their power to keep winning. And just like the Cleveland Indians in Major League, Gardner and the Jaguars are going to win the American League Pennant. If you’re having QB troubles, stashing Gardner might not be a bad move. He put up 20.82 points last game and, if all else fails, he will have a great locker room presence on your fantasy team.

Hines was another guy that came out of nowhere because all the focus in Indianapolis’ backfield was on Jonathan Taylor and Marlon Mack. Now with Mack out with a torn achilies, Hines will continue to be able to produce like he did against the Jaguars. The only reason he isn’t in Tier 1 is due to the presence of Jonathan Taylor on the Colts who will also get a ton of carries. Nevertheless, pick up and stash Hines for your team. 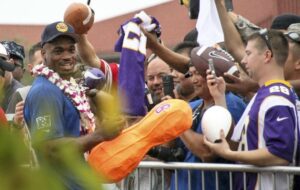 I’m not giving a fucking explanation for this. It’s Adrian Peterson

Throw shit at the wall and see if it sticks tier

Rostered in 6.7% Of ESPN Leagues 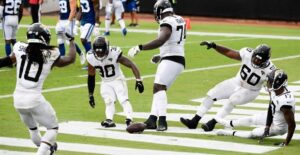 Shenault, the rookie out of Colorado, had decent expectations set for him going into his rookie year. He put up 13.7 fantasy points in PPR leagues with 3 catches for 37 yards, a touchdown and 10 rushing yards on 2 carries. I’ve been really impressed by Shenault’s versatility and am looking forward to see what creative ways he will be utilized by the Jaguars in the coming weeks. He also has the coolest name in football right now. At the very least, you should add him to his watch list.

Burrow slowly eased into the game last Sunday agains the Chargers. At times his instincts looked fresh including on that nice touchdown run and during the last drive of the game. Other times he did look like a Rookie especially with that dumbass shovel pass. However, I saw good things from Burrow and he is one to watch going forward. His next game is against the Browns. The last Heisman Trophy Winner to play against the Browns scored 27.5 fantasy points and 3 touchdowns. That was Lamar Jackson, but that is neither here nor there. Anyway add Burrow to the watch list, unless, of course, you’re in my league because I already have him. And started him! Pussy!

Rostered in 2.7% of all ESPN Leagues

I have to say that I personally won’t touch Mitchell Trubisky this year, but I think he could be great for your team. He defines this category of throwing shit at the wall and seeing if it sticks. Uncertain about your QB heading into this week? Fuck it, put in Mitchell Trubisky and see what the hell happens. He scored 24.28 fantasy points for the Bears last week in a great come from behind win, making Bears fans forget all about Patrick Mahomes. 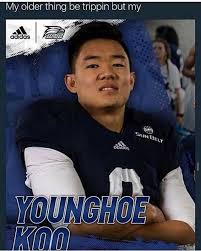 I was wrong about Laviska Shenault. Younghoe Koo has the coolest name in football right now by a mile. The man made two 49 yarders on Sunday, but somehow missed an extra point. However, that is not why he is on this list. What if we could change the rules to the season as we go to benefit Younghoe Koo? Hear me out. Younghoe Koo is the best onside kicker in football:

He is potentially the best onside kicker to ever lace up his cleats. I have bravely started a petition on Change.Org to get Onside Kick Recoveries recognized by ESPN as fantasy points for the kicker.  This way, Younghoe Koo could potentially be scoring 20 every game. Please sign the petition to make a difference. And pick up Younghoe in all leagues, if only for the memes.

Rostered in .1% of Leagues

Parkey just got picked up by the Browns, but don’t even think about going anywhere near picking him up. Or suffer the consequences! Unless of course you start a Change.org petition to get kicks off the goalpost to count as points…

The Worst Thing that Happened to Your Team: Week 5

One thought on “Essential Waiver Wire Pickups for Week 2”