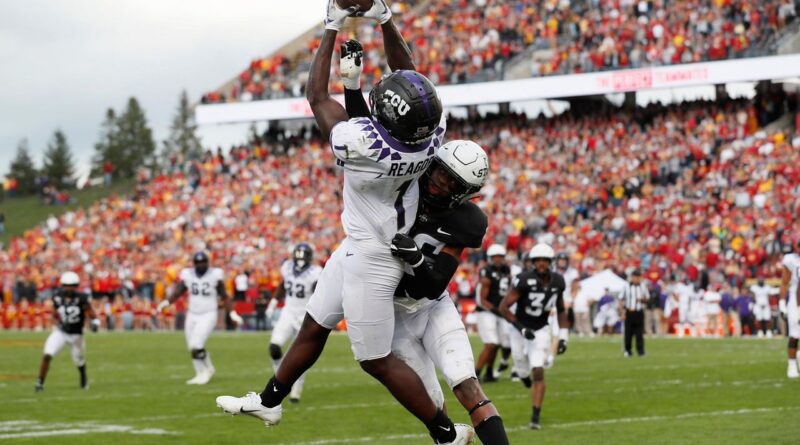 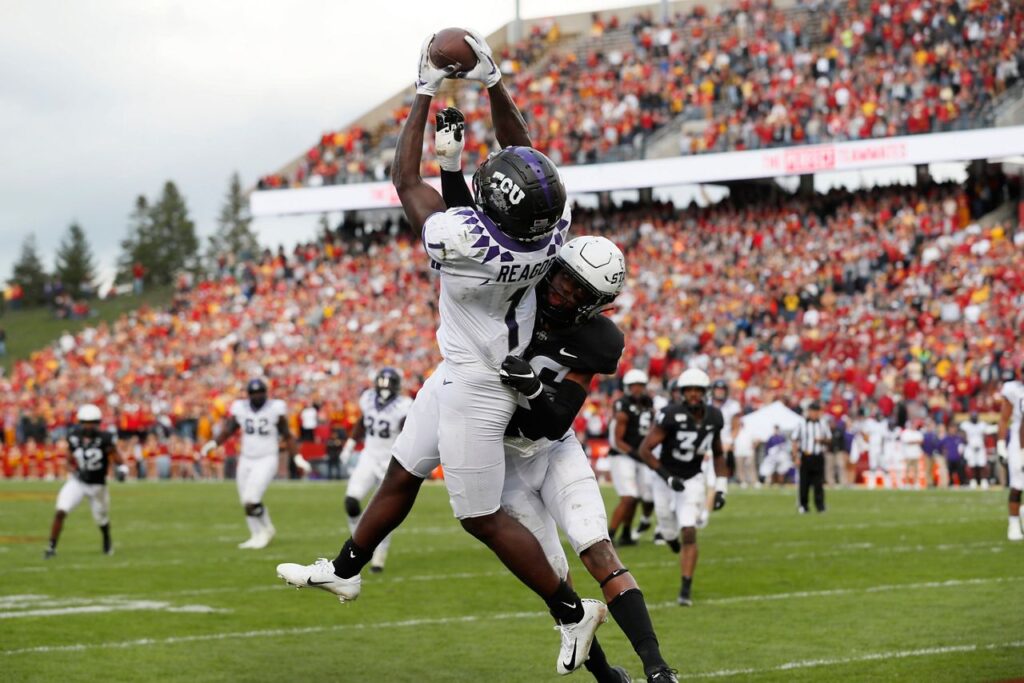 It is clear from virtually every mock draft and projection that Eagles first-round draft pick Jalen Reagor was a reach as many scouts and experts didn’t project him coming off the board until at least the second round. Although, when you throw on the film you realize that he is exactly the receiver the Eagles need to take this offense to the next level. Whether it was end-arounds, screens, punt returns, or direct hand-offs out of the backfield, TCU coaches knew Reagor’s talent too and were constantly trying to figure out how to get the ball to their most athletic play-maker. As an example, check out what TCU decided to do with Reagor on fourth down in a tie game against Baylor:

But before we get into everything I love about Reagor, allow me to address his weaknesses since I know those are weighing heavily on many of you. In college, Reagor struggled with blocking, beating jams, and holding onto balls in traffic. His speed allowed him to get away with poor release techniques because he rarely faced press and was able to accrue much of his receptions by just turning around against soft coverage. Additionally, he played in a limited offense with an even more limited route tree and will need to work on his route-running at the next level.

Reagor also didn’t have great stats last season as he had 43 catches for 611 yards and 5 touchdowns while Justin Jefferson (the receiver taken just one pick later by the Vikings) had 111 catches for 1,540 yards and 18 TDs. Due to the combination of these struggles and his elite speed, Mecole Hardman has been a common comparison for Reagor. But allow me to remind Eagles fans that many of you saw Hardman’s 2019 production, and many of you wished we drafted him over JJ Arcega-Whiteside.

Now, let’s get into why I actually like Reagor a ton despite the reach. Yes, at this point Reagor isn’t close to a #1 receiver and is essentially just a screen/bomb threat, but with the Eagles’ duo of tight ends eating up the middle of the field, Reagor’s outside abilities are what the Eagles need to stretch defenses vertically and sideline-to-sideline. He showcased those abilities on one of FBS’ worst passing offenses as TCU saw five different mediocre QBs start during Reagor’s 2019 statistical slump. Pro Football Focus also reported just 61% of his targets since 2018 were catchable, ranking 3rd lowest in this draft class. While Reagor had an underwhelming 2019, he had 1,231 scrimmage yards and 11 TDs in 2018 (including 170 rushing yards, two rushing TDs, and a 20.8 punt return average). The speedster was also named to the All-Big 12 2nd-Team two years in a row.

Reagor fights for 50/50 balls, has phenomenal field-vision, and he is built like a smaller running back as he’s 5′ 11″ but 205 lbs of solid muscle. A frequent end-around threat, he can outrun everyone to the sideline and fights through tackles when he has the ball. He has electric speed and agility, and his short-area quickness is likely the best on the offensive side of the Eagles’ roster outside of Miles Sanders.

At this point in DeSean Jackson’s career, Reagor also beats him out as the team’s top speedster, and we all saw what Wentz was able to do with a briefly healthy Jackson. Plain and simple: Reagor has his limitations but he’s also a perfect weapon for this offense. He has effortless speed on film and he’s got that Shady McCoy in him where he doesn’t seem to lose much speed if any when changing directions. 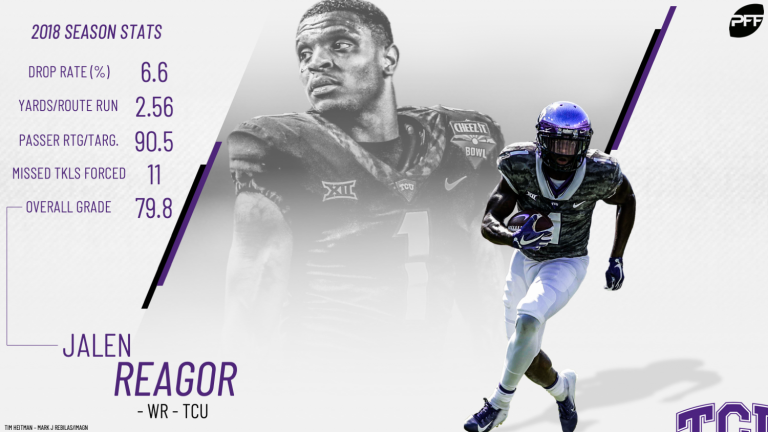 Reagor showed off his explosive athleticism at the combine too with a 42” vertical jump and an 11’6” broad jump, both of which which ranked second-best amongst all 2020 receivers. He also confirmed his blazing game speed for NFL execs when he ran a 4.47 40-yard dash. On an Eagles offense that had a big fat ZERO receivers break 500 yards, Reagor will get his share of opportunities to display his explosiveness. It’s worth noting that he averaged an impressive 15.2 yards per reception and 9.3 yards per carry in his TCU career. While Reagor struggled at times with holding onto passes in traffic, his drops rarely came in clutch moments as Pro Football Focus reported Reagor never dropped a pass in the red zone in his career.

In addition to a deep-threat with incredible leaping ability, the Eagles also picked one of the draft’s most versatile players in Reagor. In fact, he is a former high school long-jump champion who has played nearly every offensive skill position over the course of his football life including quarterback, running back, and kick/punt returner.

Had Reagor been given a legit quarterback at TCU and the wideout would be on a lot more radars right now. His combination of elite speed (27 catches of 15-plus yards) with elusiveness (11 broken tackles on 71 catches) and physicality at the catch point (15-of-31 on contested catches) should have Eagles fans watering at the mouth, not clamoring for an executive to be fired.