Jimmy Butler was undoubtedly the MVP of this game as he led the Sixers in points (30), assists (5), rebounds (11), and minutes (43). He also summed up this game perfectly in a postgame interview when he was asked what the difference was on Monday as he said, “Defense. Whenever we let our defense dictate our offense, we’re such a great team.”

While Kawhi Leonard still put up 35, the 76ers did a better job on him and the rest of the Raptors defensively as they were able to limit their efficiency enough to get the win while holding the Raptors under 90. Another defensive key for this game was hindering Pascal Siakam’s efficiency as while he went 12-15 from the field in Game 1, he finished just 9-25 from the field in Game 2.

Although the Sixers’ bench depth has been criticized plenty this season, it was the Raptors’ lack of a bench that the Sixers were able to exploit in this game as they held Fred VanVleet, Norman Powell, Jodie Meeks, and Serge Ibaka to five points on 2-11 shooting combined.

Jimmy Butler was the crucial difference maker in this newfound defensive effort. Butler held all Raptors he guarded to 4-12 shooting for just 10 points which included holding players he defended to 0-3 from beyond the three line.

Butler also provided the spark offensively using toughness and excellent split-second decision making. Although Butler finished 9-22 from the field, the points he did have were impressive as they usually came on threes or hard drives that ended with points in the lane or points from free throws. He also ran the offense well as he seemingly made the correct decision with the ball at all times.

Brett Brown noted as much after the game as he remarked, “That was James Butler. Like, that was the adult in the gym. He was just a tremendous, tremendous rock. He willed us. He was a stud.” Butler corrected Brown about 20 minutes later when he said, “My name isn’t James. It is literally Jimmy”.

Jimmy did it all on a night he really needed to as we learned Joel Embiid was dealing with gastrointestinal issues that left him with an IV in his arm. Embiid told a reporter after the game that the reporter would know how Embiid felt, “If you’ve had the shits before” (not making that quote up, here’s the Sports Illustrated article it’s from).

Also, a quick note here for anyone out there still concerned Jimmy Butler might be a “locker room cancer” or bad for morale or whatever else, on perhaps the most important play of the game for the Sixers with just 28 seconds left, Butler made an incredibly unselfish play and didn’t force a shot despite the fact that he was the most dominant Sixer the entire night.

Instead, he quickly dished the ball to Embiid when he saw Embiid would have a 1-1 matchup with a less athletic Marc Gasol in the lane. Embiid rewarded Butler’s faith with a spectacular finish in between two Raptor defenders to put the Sixers up by 3 in the waning moments.

That said, this game was competitive virtually the entire duration and Kawhi will make it that way no matter what scheme or matchup the Sixers draw up for him. He is playing with a LeBron 2012-2016-esque dominance right now offensively and defensively. Offensively, he either drills a jumper with perfect form, uses elite creativity and athleticism to drive, or he makes the exact right decision with the ball by passing to the Raptor with the most open look.

Those are the only three options. Once the ball is in Kawhi’s hands points are going on the board for the Raptors one way or another. Check out this play Kawhi made on Simmons. He drives and at the perfect moment he lowers his shoulder and gives a small elbow with just enough shimmy to create separation but not enough extension to be called by an NBA ref. He nails the subsequent jumper with about two feet of separation:

By the way, this right here is really nothing. That one play/move is like 1/15th of Kawhi’s arsenal.

Furthermore, it took other players besides Butler to execute well enough to win the second game of round two, and the Sixers need those players to continue executing as well as improving on their own play.

Simmons for instance shadowed Kawhi for much of the night, and did a great job staying with him for the most part. Again, the issue is two feet is too open of a look for Kawhi so he’s going to have a great night regardless.

JJ Redick played better defensively than he did in Game 1 as well, and he also dominated some offensive possessions as he nailed a few threes in a row and finished with 11 points.

Believe it or not, Redick is likely one of the key difference makers for the 76ers night in and night out due to his shooting. If he hits his threes, then he’s worth playing and the Sixers win the game nine times out of ten. If Redick doesn’t shoot well, then he kills your overall efficiency and the Sixers likely lose the game nine times out of ten. 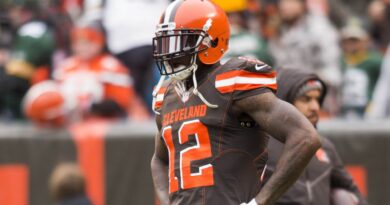