First of all, yes Gordon is suspended because he can’t not smoke weed and most of us would happily not smoke in the return for hundreds of thousands of dollars (possibly millions of dollars), so many out there have no more sympathy for him. Although, personally I think if you actually watch his interviews and listen to him you can’t help but root for him.

Also, the guy admitted he became a habitual marijuana smoker before the start of high school, and he continued his habit to the point where he was high for every single NFL game he played the season he led the league in receiving yards. This means he has likely been high more than he has been sober throughout his life. He has been addicted to marijuana since middle school essentially, and while many out there might argue you can’t be addicted to weed, I would argue you can get addicted to just about anything. All over the world, people have addictions to food, video games, biting their nails etc. you get the point.

Despite Gordon’s addiction, he would not be suspended if Roger Goodell was not an absolute fuck face. The facts are the facts, and the facts are that marijuana is now a legal medicine in a number of states across the U.S. while many more are currently in discussions centered around legalization for recreational use as well. A number of former NFL players have come out of the smoking closest in recent years advocating for THC use for current NFL players due to THC’s deinflamatory properties, anxiety relieving effects (for some not others), and for the fact that it’s far healthier for one’s liver and overall health to smoke a joint than it is to down a bunch of toradols or other prescription painkillers.

Also, Goodell is essentially taking a stance that encourages beating the shit out of women and liver cancer but discourages marijuana use. Anyone out there remember what Tyreek Hill did in 2015 shortly before the draft? He pled guilty to choking and punching IN THE STOMACH his at-the-time pregnant ex-girlfriend. No suspension. Ray Rice caught on video punching a woman so hard in the face that she was knocked off her feet and out cold momentarily? Suspended for not even half of one season. Josh Gordon (repeatedly) smokes weed? Suspended for life. See anything wrong with these policies?

If the Patriots do get Gordon back, watch out. The guy posted over 700 yards and 3 TDs in just 11 games while getting traded and learning a new playbook midseason. Still a few years away from 30, Gordon is still a size/speed freak and has unique playmaking ability.

Additionally, while it was six year ago at this point, when Gordon led the NFL in receiving yards he was suspended for two games AND had Brian Hoyer throwing to him AND was on the fucking Browns. Furthermore, over his first two seasons JG had the third-most yards of any receiver all-time. Jerry Rice—who many consider the greatest receiver ever—bested Gordon’s yardage total by a mere 40. If Gordon gets back on the field…be afraid…be very afraid. 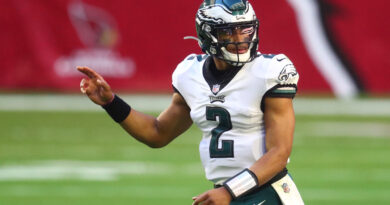