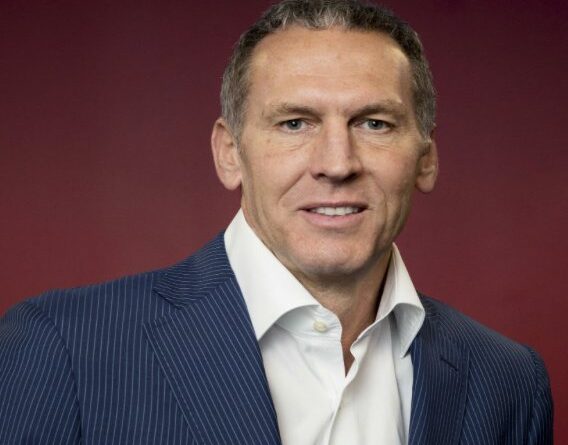 Elton Brand’s tenure as GM and the current state of the Sixers has really taken the vail off of the overall job Bryan Colangelo did as General Manger. When Bryan was hired, he was seen as an anti-Christ of sorts. To the Sixers faithful/cult everywhere Hinkie was our god and the process was our scripture. Not literally, but also not a complete exaggeration either. Hinkie could do no wrong in our eyes and they still took his job. The Colangelo criticism came immediately, even before he actually did anything. They were often exaggerated claims of Colangelo being evil. A man that was handpicked by the corrupt NBA front office who set out to destroy everything Hinkie and the Sixers had built the last few years. Those were the claims (a lot of it rooted in hyperbolic humor) at the time, but now looking back we were underselling it if anything. Before I start this long diatribe, I would just like to give Colangelo credit for the good things he did.

1: Drafted Ben Simmons – Not a layup, but there were still Ingram fans out there i.e. Chauncey Billups. Could’ve been a lot wose.

2: Signed Joel Embiid to an extension – Despite concerns regarding injury, Colangelo signed Embiid which turned out to be a great move.

3. Drafted Bolden – not in the same tier as the others, but turning out to be a nice little pick.

5. Signed Marco and Illaysova down the stretch last year – you heard it from NBA on TNT first…

Now that we’ve sorted through the good things he has done ( a lot of which were no brainers) it is time to weed through the shit.

Let’s start in chronological order – the 2016 NBA draft. What started off promising quickly went downhill. Thanks to Hinkie we had two additional picks in the first round. That being the 24th and the 26th overall pick. Now this late in the round you don’t really expect to get a gamechanger, but at the very least a decent role-player would be nice. Colangelo got neither. With the 24th pick he drafted Timothe Luwawu-Cabarrot and with the 26th pick he drafted Furkan Korkmaz. That get’s even worse when you consider one spot after, the Raptors picked Pascal Siakam. Malcolm Brogdon, who I will admit for the sake of slandering Colangelo, is actually good. He was picked with the 36th overall pick. Shit, even guys picked after 26th like Ivica Zubac or Dejounte Murray would be tremendous upgrades over one guy who doesn’t play for the Sixers anymore and another who is hanging on to a roster spot by the skin of his teeth. Furkan Korkmaz will not play another meaningful minute for the Sixers in his career, barring that 5-6 guys don’t get severly hurt.

Then we go to 2016 free agency. Still at this point, not many free agents wanted to play for us, but (for whatever reason) Colangelo neglected to consider the possibility that the team might get significantly better as Joel Embiid plays consistent minutes and Ben Simmons plays to his potential. Albeit, Bayless was signed at a time when neither had actually played NBA minutes, but still… Why the hell would you sign Jerryd Bayless to a 3 year $27 million contract. 1 year for $9 million is fine even 2 years for $18 million is alright, but it was evident the first game of his second year against the Wizards that he was dogshit and would only hinder the growth and playing time of younger players. Thank god Elton Brand was able to clean up that mess and send him to Minnesota.

If you want to talk about premature, take a look at this trade. Colangelo traded a young Jerami Grant for Ersan Ilyasova and a protected first round pick from the Thunder in November 2016.  The point is that Jerami Grant has turned into a very good role player on the Thunder while Ilyasova only played a half a year for the Sixers before being traded for Tiago Splitter. Definitely could’t have kept them both and what exactly did we get out of that Thunder pick? Well you’ll see in a bit…

The Nerlens Noel trade – This was Colangelo trying to pull a Hinkie. Hey look guys I traded a player and got a first round pick for him! No Bryan, you got a protected first round pick that never actually conveyed because the Mavs weren’t making the Playoffs. What we did get was Justin Anderson who would’ve been a complete afterthought had he not got into a scuffle with D-Wade in the 2018 Playoffs. It was obvious Noel wasn’t going to resign, but to have him continually rot on the bench and have his trade value diminish is a disgrace. The Sixers should have been actively looking for a trade partner for Noel at the beginning of the year, not in the middle of it. Right now Noel is another decent role player on the Thunder while the Sixers have nothing to show for it. Thanks Bryan!

Now, we get to Colangelo’s masterpiece. This is his Godfather part 1 and 2. You look back on this and just think “how could he have fucked this up so royally?” I am of course referring to the 2017 NBA draft. First off, let’s start off with the 25th overall pick in that draft. A guy by the name of Anžejs Pasečņiks. I don’t know how to pronounce this guys name and out of what little self-respect I still have, I’m not going to bother to try and learn. The Philly media refers to him as Andre Pancakes, so that is what I will call him. Mr Pancakes was selected 25th overall in that draft by the Magic. Colangelo made the bright decision to trade the protected first round pick we got from the Thunder (in the Grant trade) in addition to some second round picks in order to nab Mr. Pancakes. Well almost 2 years later Andre Pancakes is the only first round pick and the only player out of the top 48 players chosen to not play a single minute in the NBA. And guess what? He never will. This isn’t a Saric is never coming over joke. This is a sad fact of life that Pancakes is not even good enough to be a 12th man on the Knicks right now. This pick stings even more when you consider consider that Kyle Kuzma was picked two picks later. And I know people will be saying “well nobody knew about Kuzma in college.” Ok, fair. But how about a guy like Josh Hart who was picked 30th overall and played right down the fucking road in Villanova?!? How about a guy like Jordan Bell who was all over national TV during the NCAA Tournament? How about any of the top 48 players not named Andre Pancakes who have actually played real minutes in the NBA.

It was obvious what Colangelo was tried to do here. He was trying to emulate Hinkie’s euro-stash method. Bryan Colangelo is human. As much as I want to say he’s a reptilian shapeshifter sent by the league to destroy the Sixers, he really isn’t. He’s a human being. What I got out of the burner-controversy with the Twitter accounts, whether that be him or his wife, was that the Colangelos are insecure. They were jealous of all the praise lumped on to Hinkie and were bitter about all the criticism thrown their way. That is a very human response and I really can’t fault him for that, but unfortunately it manifested into picking Anžejs Pasečņiks in the first round. Colangelo was trying to out-do Hinkie here as a way to claim glory as a guy able to see the “long-view”, but it just backfired. This pick was terrible. I think Colangelo went through the available players and picked the guy with the most European sounding name. Bryan probably didn’t even know he was a plumber who played basketball part-time. Dogshit!

Discussing this next pick really hurts my heart. We of course traded our Kings first round pick and our third overall pick to the Celtics in order to move up two spots in that years draft so we could draft the consensus number one overall pick, Markelle Fultz. Keep in mind that Fultz was more of a consensus number one than even Ben Simmons the previous year. This was an easy decision. Now looking back on it, this is right up there with the Bynum trade as potentially the single worst trade in franchise history. I would also say that it beats out the likes of Shawn Bradley and Evan Turner as the single-worst pick in franchise history. Now that, is not to say that Fultz won’t live up to his potential elsewhere in the league, but it for damn sure won’t be on the Sixers. He played 33 games for us in two years and his injuries/the yips or whatever it may be was a distraction all along the way. It was best for both sides to move on. Danny Ainge’s philosophy of answering the phone whenever Bryan Colangelo calls and saying yes to whatever he demands worked flawlessly here. Giving Colangelo’s track record it will only be right that Fultz becomes the next Magic Johnson for Orlando. It was written…

Then finally, we have the Jahlil Okafor trade. Another big man who Colangelo let rot on the bench instead of finding a suitable trade partner much, much earlier when it was evident that his value would only diminish due to a lack of minutes. The Sixers also traded Nik “Sauce Castillo” Stauskas and a 2019 second-round pick to the Nets for Trevor Booker. Trevor Booker of course only played one month for the Sixers before being waived, Jah is averaging 17 points and 9 boards in his last five games and the Nets second round pick is currently slated to be the 31st overall pick in this years draft. Gotta give props to Bryan on that one. To screw up what seems like a harmless trade so bad is kind of impressive. It is an art form at this point.

Now, we get to this past week during the NBA trade deadline. In order for the Sixers to be competitive, Elton Brand has to clean up Colangelo’s mess.  The Fultz trade with the Magic involved them sending Jonathan Simmons, a protected 2020 first round pick from the Thunder and a 2019 second round pick. Yes, that same protected first round pick that we got for the Jerami Grant trade, then traded for Andre Pancakes and then got back again for the Fultz trade. As twitter user @RealMattCarey put it:

Bryan Colangelo went into the 2017 draft with the #3 pick and four second rounders. He traded two additional first rounders, and all the team has to show for it now is Jonah Bolden, a 2019 2nd, and two Euros who are (actually) never coming over.

I have to give credit to Hinkie. He built such a strong foundation for this team that not even Bryan Colangelo could fuck it up. It reminds me of my late grandfather, who I never met, who set aside enough money for his children and grandchildren, so that even his gold-digging wife couldn’t splurge it all. Hinkie and my late grandfather are one in the same.

I would like to close this diatribe on one final thought: BRYAN COLANGELO IS A WAR CRIMINAL!!!! (shirts coming soon) 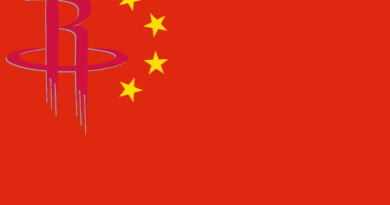 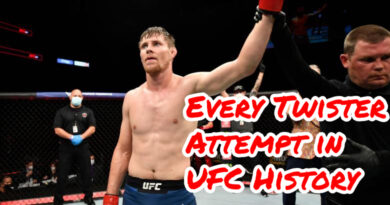 Bryce Mitchell and every Twister ever attempted in UFC history