The Eagles kept pouring it on in a game where they started fast and finished strong as they led 14-3 after the first quarter and kept their foot on the gas to set their season record at 3-3.

Carson Wentz answered all the recent critics as he was a key part of this dominant performance against a Giants pass defense that featured Landon Collins, Janoris Jenkins, and Alec Ogletree, all of whom are probably still top 15 players at their respective positions.

The #Eagles get back on track with a 34-13 win over the Giants. #FlyEaglesFly

Wentz went 26-36 on the night for 278 yards with three touchdowns and no interceptions on his way to a 122.2 passer rating. Through his four starts this season, Wentz has completed 68.4 percent of his balls for 1,192 yards and eight TDs with only one interception while earning a 104.7 passer rating. Wentz also set an Eagles franchise record by becoming the first Eagles quarterback to throw a TD pass in 19 consecutive games. He trails only Andrew Luck for the longest active streak in the NFL (Luck has thrown a TD in 27 consecutive games).

Wentz also recorded his 11th career game with an 100+ passer rating which is sixth-most in Eagles history. But his most impressive performances of the night undoubtedly came on third down. On third down, Wentz went 13-14 for 168 yards and two TDs for an 156.3 passer rating.

Equally impressive though was Wentz’s ability to get the entire offense involved as he spread the ball around to eight different receivers. Two Carson Wentz throws in particular deserve special attention. First, he ducked out of some pressure and escaped a collapsing pocket as he rolled out to his right and fired a pass across the field to find Alshon Jeffery in the back of the end zone.

Check it out here:

Wentz’s second impressive must-see play came off a play action where he went through his reads quickly, planted his feet, and lofted a perfect pass to an open Zach Ertz (who ran a hell of a route on Janoris Jenkins) in the corner of the endzone.
You can watch that one here:

On a side note, every single time the cameras zoomed in on Janoris Jenkins it looked like he was genuinely unsure if he wanted to play football anymore:

Nelson Agholor, Alshon Jeffery, and Zach Ertz all played well too. Agholor led all Eagles receivers with 91 yards on just three catches, Alshon was second in yards with 74 on eight catches and two touchdowns, and Ertz finished with 43 yards on 7 catches. Running backs Wendell Smallwood and Corey Clement were not phenomenal but they did their job. Smallwood led the Eagles in rushing with 51 yards while Clement finished with 43 yards and a TD to go along with 26 receiving yards on three catches.

The defense did their job as well as they pressured Eli Manning repeatedly throughout the night and finished the game with four sacks. Most notably, Fletcher Cox, Nigel Bradham, and Michael Bennett were all able to get to the quarterback. 2016 sixth-round pick Kamu Grugier-Hill set the tone early with this interception that set up the Eagles first touchdown early on in the fourth quarter.

If there was one concern for the Eagles in this game, perhaps it was tackling, because aside from getting in a fight with an industrial fan on the sideline

Odell and his #1 fan 👀 @obj pic.twitter.com/RyYUQvilrc

and storming into the locker room before half time, OBJ played pretty well and repeatedly forced Eagles missed tackles on short flat routes and screens.

Although Saquon Barkley will probably be a top five NFL back for years to come, Eagles defenders consistently missed him with poor tackling attempts and sometimes an utter lack of effort.

As long as the defense improves on tackling and Wentz keeps playing like this, look for the Eagles to go to 4-3 next week when they play the Panthers who just barely beat the Giants 33-31 the other week courtesy of a last second 63-yard game winning field goal. 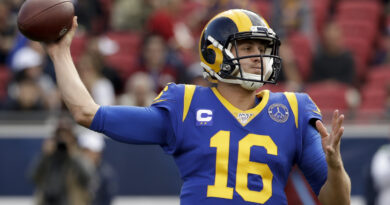