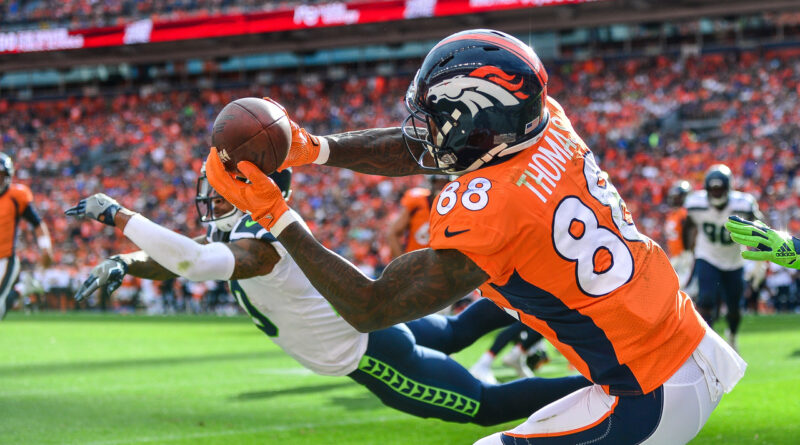 Granted, there was always potential for Rod Smith to have this game because of the Cowboys’ offensive line, but lets not pretend that any of us thought Rod Smith would put up 33 points this week. The most Smith had scored prior to this game was 12.8, and last week he scavenged a measly 8.7 points on only 10 touches total.

In this game, Smith only received one more touch than last week, but he was productive with the opportunities he received. Smith netted 47 rushing yards and a touchdown on just 6 carries while also netting 113 receiving yards and a TD on just 5 catches. Smith’s 81 yard touchdown catch came on a play where he ran an angle route that sliced through the middle of the defense.

The 81 yard TD hints at the promising versatility that the Cowboys believe Rod Smith possesses, as the Cowboys lined Smith up as a slot receiver on the play and the Cowboys chose to go to him with the Giants playing man coverage across the board. It was a good thing the Cowboys went to him too because Smith absolutely smoked Giants linebacker Kelvin Sheppard on the route and was open by nearly five yards when Dak hit him perfectly in stride.

Depending on your situation at running back, Rod Smith could be worth another start this week even with his limited share of the touches in this backfield (Alfred Morris out-touched him 22 to 11). Smith has shown that he has the ability to make plays Alfred Morris cannot, and this week Smith is facing an Oakland defense that is 23rd against fantasy RBs and just surrendered 141 rushing yards and 2 TDs to Kansas City. Consider Smith a definite flex play and a decent RB2 with RB1 upside for this week. 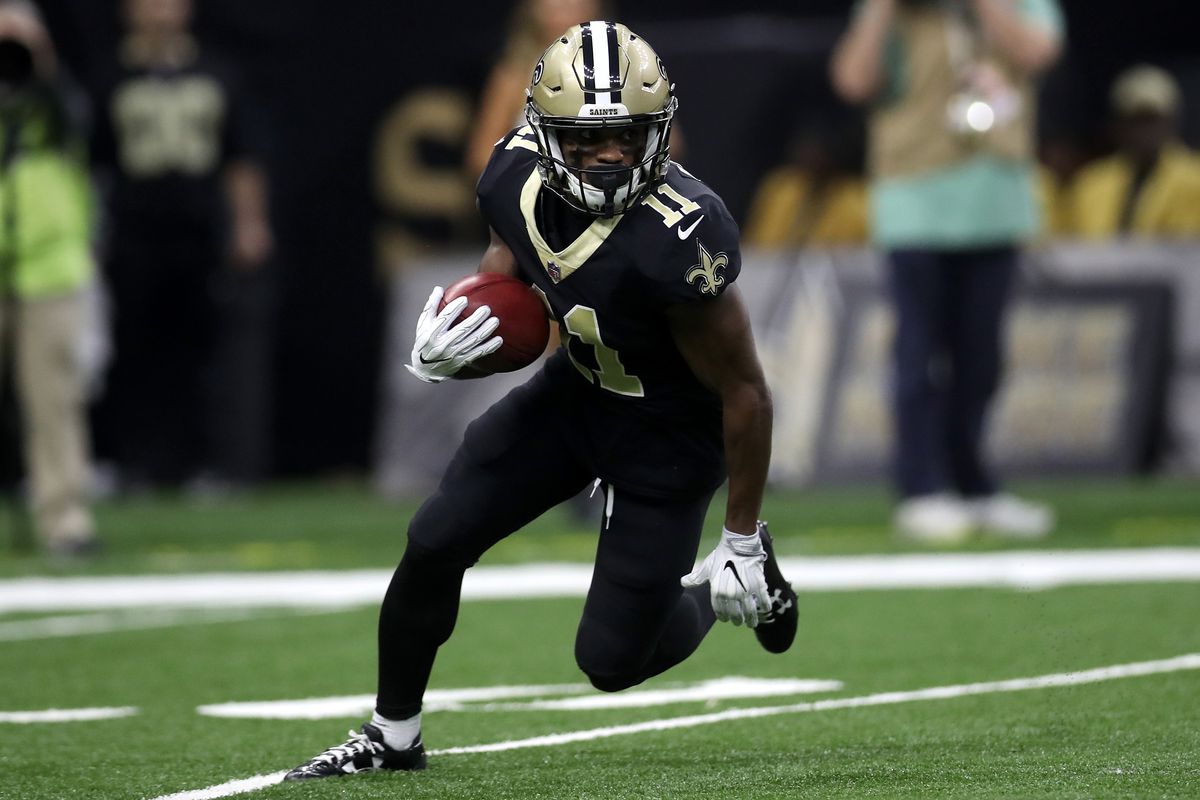 Yes, you read that name correctly. Our boy Tommylee was projected to get not even one full fantasy point even in PPR scoring coming into this game. Don’t feel foolish if you have never heard of Lewis, or never even heard the name Tommylee in general before. Lewis had only caught 8 passes all season before facing the Falcons this week. Last week he had one catch for two yards. Against the Falcons, Lewis ended up catching 2 passes for 30 yards and a TD en route to a 22 point week.

Lewis’s first touchdown came on a fade against the Falcon’s cover 2 defense that Brees lofted perfectly over the defender in the flat and outside of the safety playing the deep half of the field. Lewis caught the ball at the five yard line, instantly juked backwards to avoid the Falcons safety flying towards him, and then dove forwards to get the ball over the pylon just before another Falcons defender attacked him from behind.

TommyLee Lewis lets the defender go by…
And DIVES in for the @Saints TD!

Lewis’s second touchdown came on a pass that did not exist. ESPN has for some reason doubled his production for this week in their scoring and given Lewis 60 yards, 4 catches, and two touchdowns.

Despite the Saints’ inviting matchup against the porous Jets defense, do not consider starting Lewis this week. His game against the Falcons should be considered nothing more than a fluke game by a fast receiver in a good offense with a future hall of fame QB throwing to him. Lewis is behind Mike Thomas, Mark Ingram, Alvin Kamara, Ted Ginn, Brandon Coleman, and Willie Snead in terms of targets in the Saints offense. 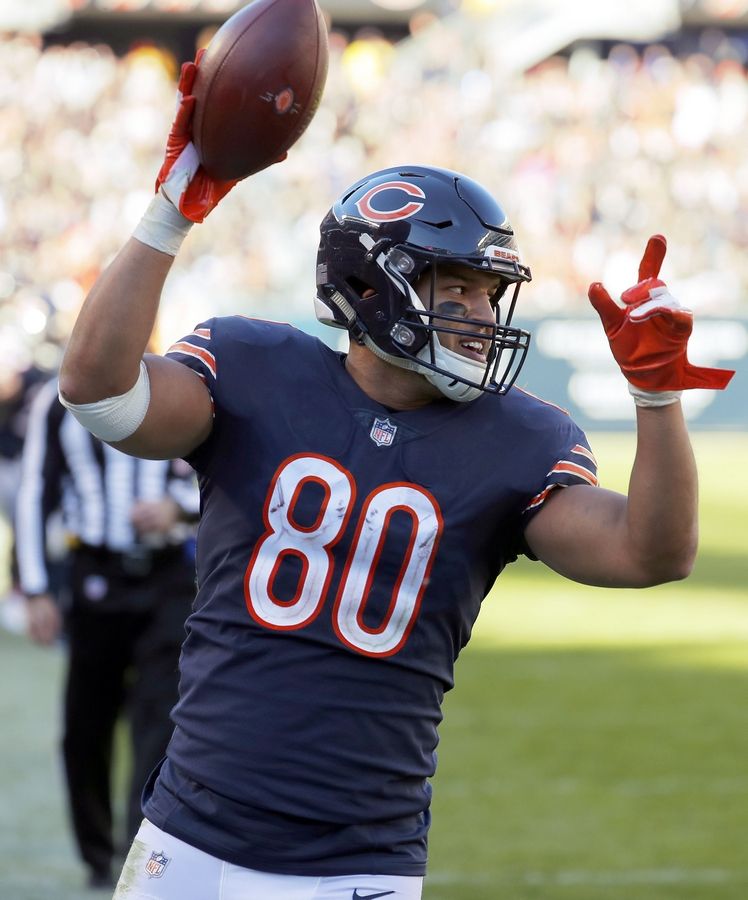 As many of you already know, Burton went off this week because starting tight end Zach Ertz was a last minute inactive for this game, opening the door for Burton to have a productive fantasy day. Burton ended up with 71 yards and 2 TDs on 5 catches and led all tight ends in points in week 14. Trey Burton has proven to be skilled receiver at the tight end position in his last few years in Philly. He runs relatively crisp routes, has the athleticism to go against most linebackers and safeties effectively, and has phenomenal after the catch ability as he frequently looks like a running back once he gets the ball.

Burton scored his first TD on a post route where he burned linebacker Alec Ogletree (probably one of the top 5 middle linebackers in the NFL), and ripped the ball away from safety John Johnson on a play few NFL tight ends are capable of making.

31st pass TD for Carson Wentz, 1 away from tying Eagles' single-season mark. Burton with the 20-yard score, the 2nd TD by a TE not named Zach Ertz. Celek had the 1st TD. pic.twitter.com/ApI4gGOmgd

Burton’s second score of the day came against Johnson as well. It was third and 7 with about 10 yards left to go for the end zone and Burton ran a 10 yard out route towards the pylon that Wentz put up high for the big tight end to go get. Burton was able to high-point the ball while simultaneously boxing out John Johnson and hold onto the ball for the score. Burton frequently made contested catches over the middle that ended up being key plays in the Eagles victory over the Rams.

If and only if Ertz is out again you should start Burton. Ertz was inactive against the Rams with a concussion. Per Philadelphia Daily News reporter Les Bowen, Ertz was still dealing with headaches as recently as December 10th. Should Ertz be out again, Burton should be considered a decent TE1 for week 15. He has a solid receiving skillset for a tight end, the Eagles have shown a willingness to use him, and the Giants are dead last against fantasy TEs so his matchup literally could not be better.

This one was not as much of a surprise as the others. As I said last week, the potential for this kind of game to happen for Demaryius Thomas was there because he had received at least 8 targets in each of his past 3 games leading up to the contest. By the way, I got absolutely roasted on reddit for saying that:

"Despite his recent dearth of production, the combination of Demaryius Thomas’ talent and his role in the offense might still put him in your lineup this week. Thomas has received at least 8 targets in each of his past 3 games" from fantasyfootball

Granted, Thomas owners had a reason to be skeptical of starting him considering he looked destined for the fantasy garbage can the past two weeks due to Trevor Siemian’s sporadic throws. Two weeks ago Thomas had 18 yards and the week after that he had 27 yards.

This week, Thomas had 8 catches for 93 yards and a TD on a whopping 12 targets. His point total was good enough for 6th best amongst all receivers in week 14. On his touchdown reception, DT reminded the Broncos why they target him so much by using his superior size and strength to easily box out Jets cornerback Morris Claiborne on a back-shoulder fade pass.

Interestingly enough, the 93 yards were Thomas’ most since Week 6 against the Giants when he went had a season-high 133 yards on 10 catches. Next week Demaryius has another favorable matchup as he faces a Colts secondary that ranks 23rd against fantasy wide receivers. While Siemian still doesn’t look great, he was at least better this week which is a good sign for Thomas owners. Against the Jets, Siemian threw for 200 yards and a TD while throwing no interceptions on 19 completions out of 31 attempts.

The bottom line is this: Thomas is a top 15 talent (if not a top 10 talent) in the current NFL at the wide receiver position, he is getting at least 8 targets every week and is coming off a week where he got 12, and he is facing another shitty team this week. His QB at worst last week looked slightly below average, but at best looked slightly above average. Consider Demaryius a solid WR2 with WR1 upside. 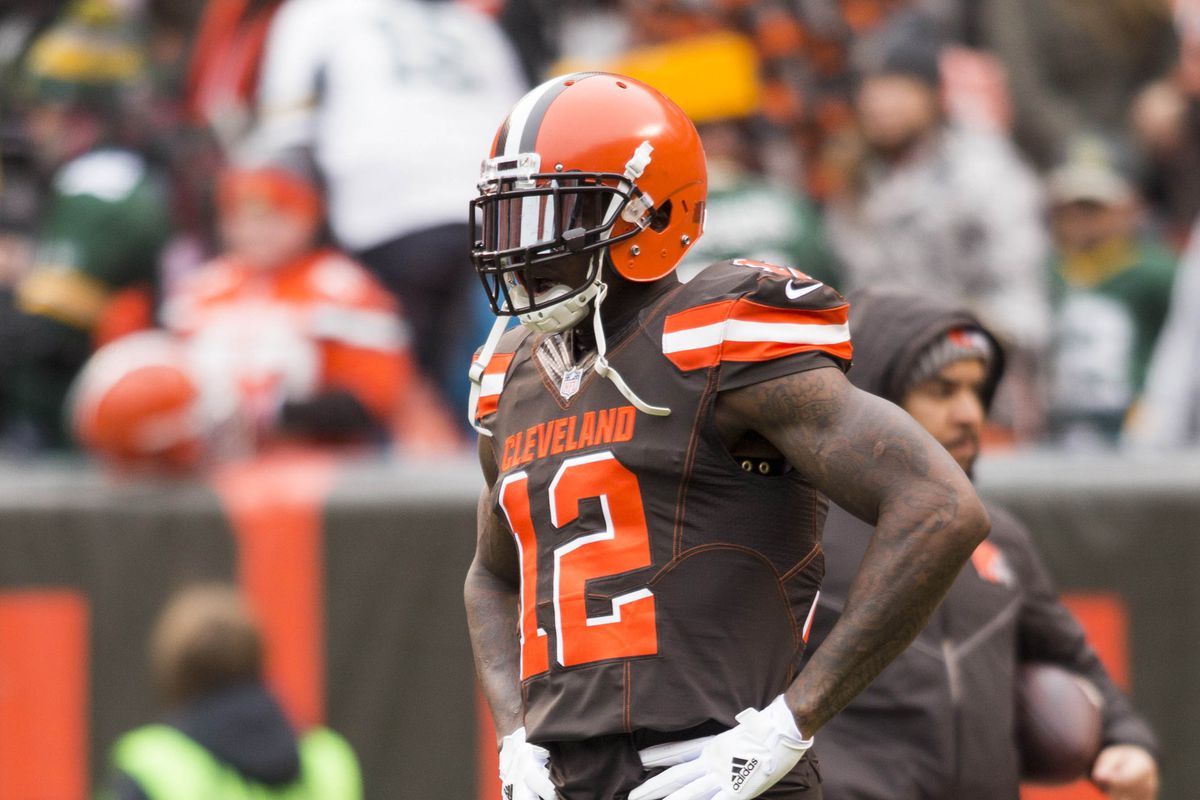 The only reason Gordon is on this list is because I am surprised he did not score MORE points. The Browns should be throwing to him every goddamn offensive snap as far as I am concerned because he is the only bright spot left in their season.

It is a crime that Gordon was only given 6 targets in this game, and if I were the owner that would be all the evidence I would need to gut this entire fucking organization. This week Josh Gordon had 69 yards and a touchdown on just 3 catches. Last week, he became the only other player besides Odell to get at least 85 yards receiving against the Chargers this year, and he did that during his first game of football in nearly 3 years.

I have said it before and I will say it again: Josh Gordon has the wide-receiving intangibles of Calvin Johnson except he also has Tyreek Hill’s speed. If you have him on your team and you do not start him, that is an insult to fantasy football, football in general, and your parent’s child-raising ability. Consider Gordon a high floor WR2 at the very least, even against the Ravens defense because of the combination of his athletic ability and his role in the Browns offense.