First off, this was probably the second best prime time game of the 2017 NFL season (gotta put the Raiders/Chiefs 1 point game at #1). Without Aaron Rodgers, many gave the Packers no shot at winning this game, but it ended up turning into a competitive shootout between Brett Hundley and Ben Roethlisberger. Hundley played pretty well, and Chris Collinsworth even commented that he wasn’t sure if Aaron Rodgers would have performed as well as Hundley did against the Steelers. Hundley also improved on his turnover issues (had 7 INTs to just 2 TDs coming into the game) by throwing no picks and not fumbling while throwing 3 touchdowns throughout the contest.

Despite Hundley’s impressive play, Collinsworth’s comment might be somewhat of an exaggeration considering half of the Packers 28 points came on busted plays, and considering they lost the game. Hundley’s first touchdown came on a play where he threw to a wide open Randall Cobb who ran untouched into the end zone because rookie corner Artie Burns totally abandoned his deep third of the field and tripped over his own feet when he realized his mistake when the ball was in the air. Hundley’s second touchdown pass came on a screen that running back Jamaal Williams took 54 yards to the house, untouched.

All that being said, the Packers did not lose this game because of Brett Hundley, they lost this game because of Antonio Brown, Ben Roethlisberger, Le’Veon Bell, and because of poor defensive play calling with the game on the line. Brown ended up finishing the night with 10 catches for 169 yards and 2 TDs. Even with Julio Jones’ 253 yard performance, Brown has over 100 more yards on the season than Jones, and Brown leads all receivers with 1,195 yards. Throughout this game, the Packers employed various techniques to stop Antonio Brown, but he still found ways to make plays as he hauled in spectacular catch after spectacular catch. The Packers tried double-covering Brown by putting a corner on him in man coverage and allowing a safety to roam over the top in case the corner got beat. The Packers also tried doubling Brown by pressing him with a corner at the line of scrimmage while the corner played the flat, and a safety played the deep half while paying special attention to Brown.  Le’Veon had a productive night as well, rushing for 95 yards whilst catching 12 passes for 88 more yards. In Bell, the Steelers have another league-leader as he leads the NFL in rushing yards with 981.

The back-breaking play of the game came with 13 seconds left in the fourth quarter. The Steelers were on the Packers’ 47 yard line and were desperately driving to set up a game-winning field goal. Packers defensive coordinator Dom Capers made an absolute IDIOT DUMBASS play call where instead of doubling the best receiver in the league who had already shredded the Packers for two touchdowns and 100+ yards, Capers blitzed and left only four men in coverage. Roethlisberger stepped up and threw an easy completion to (you guessed it) Antonio Brown on a comeback route that went for 14 yards and set up the game-winning field goal. By the way, Chris Boswell’s 53 yard game-winning field goal was the longest in history of Heinz field.

The Worst Thing that Happened to Your Team: Week 5 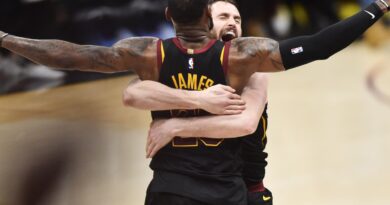