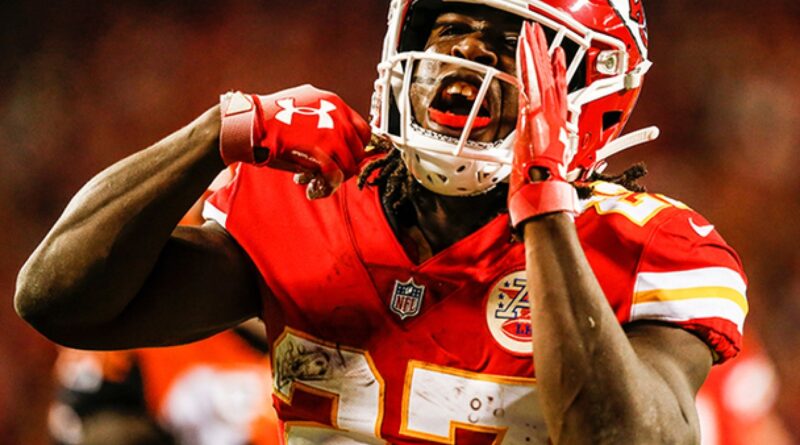 1) Kareem Hunt is the best overall running back in the league with David Johnson out.

Hunt can do it all. He also happened to gain more yards than any rookie ever had in their debut. Hunt will be better than Le’Veon Bell because Hunt can do everything Bell can do except he is faster, younger, and not coming off a contract negotiation that kept him out of training camp.

2) The Patriots are still the favorite to win the Super Bowl.

Even with Edelman out and the disaster in Kansas City in week 1, this is still the most talented team Brady has worked with since ’07, and they proved this week that their offense is improving and is capable of getting on track.

3) Tyrod Taylor will finish as a top 10 quarterback in terms of fantasy production.

Believe it or not, Tyrod Taylor has finished as a top 10 fantasy QB every season since he began to start for the Bills a few years ago. He also happens to be one of the most exciting and dynamic players in the NFL. If you ever happen to stumble across a Bills game by accident, keep watching for a sec just to see Tyrod make a play.

4) This is the year Derrick Henry usurps Demarco Murray for the lead back role for the Titans.

Not even that hot of a take here. The writing was on the wall when Henry was drafted. Additionally, the Titans basically started splitting the workload 60/40 between Henry and

Murray towards the end of last year. So far this year, Henry looks great, Murray doesn’t, and Murray just got hurt.

5) Stefon Diggs and Adam Thielen will both finish with over 1,100 receiving yards.

These guys both went off in week 1 and this offense is designed to throw a ton to receivers. Not to mention they are both talented guys that complement each other with their style of play. Diggs is a speedster with great hands and playmaking ability. Thielen on the other hand is a work horse route runner who can do the two basic things receivers need to do. He gets open and catches the ball.

Yes, DeAndre Hopkins a very good NFL receiver. Although, if you study his play you will realize that he is scared of contact, and because of this he does not come back to the ball effectively during routes, he does not put 100% effort into routes over the middle and short, and he does not perform in clutch situations.

7) Devonta Freeman will become the first running back in recent memory to actually live up to a large pay day.

Simple: he’s young, talented, ripped out of his mind, and clearly still hungry. During the Packers game, he got up and talked shit after seemingly every play he was involved in. He also ran hard and rarely opted to go out of bounds to avoid contact instead of gaining extra yards. That’s not a behavior a complacent player who is sitting on his fat contract usually exhibits.

Murdered both teams they faced so far. Granted, those teams were the Bengals and the Browns, but if you actually watch this defense play you can’t ignore their remarkable talent for creating turnovers.

9) Terrelle Pryor will finish in the top 10 in terms of receiving yards in 2017.

His first 2 games haven’t been great. But this man has a Calvin Johnson-esque build (6-4, 220 lbs), crazy speed, and he already proved last year that he can be an effective WR1 with the fucking Browns who haven’t had a good QB since the third world war.

10) The Oakland Raiders have the best offense in the NFL.

With Lynch, Carr, Crabtree, Patterson, Cooper, and the stable of running backs they have, this offense has more playmaking ability than any other team in the NFL. They also put up 45 points this week. (Against the Jets though… does it still count?)