First off, Goodell got absolutely hammered with boos when he initially walked out. He even did that thing where he embraces the booing, literally smiling at how much of a jackass he is.

Myles Garrett has way more red flags than people realize. He takes way too many plays off… a concerning amount of plays. There is a chance he has Jamarcus Russell-level effort in his blood. He also does not do a great job of utilizing his elite strength on run plays on third and one as well as fourth and one. If you turn his tape on you will constantly see Garrett get out-leveraged or out-worked on the goal line. That being said, he is still the best player in this draft, and the Browns proved that for the first time in history they were not smoking crack during the draft by picking him number one overall. The Browns avoided the classic mistake the ,and many other teams that draft high, have made over and over again by taking a quarterback before increasing the overall talent of a team that was devoid of talent the previous season.

The Jaguars picking Leonard Fournette was a good move. Personally, I believe in Blake Bortles and most of the rest of the offense in Jacksonville. The reason the entire offense had a down year last year was because the offense had no resemblance of a running game. Teams were never forced to stack the box and Bortles found every passing window to be just a little smaller than he remembered. With Fournette steamrolling guys between the tackles, the offense will be able to open up more because teams will have to truly account for the possibility of a run on every single play.

Love the Corey Davis pick for the Titans. Giving Marcus Mariota a true weapon on the outside will be key if the Titans ever want to make it back to the Super Bowl, and Corey Davis is just that: an absolute weapon. His route running ability is up there with any receiver in college football and his tenacity after the catch is something to behold.

The fact that the Bengals drafted John Ross should scare the crap out of the rest of the NFL. It does not matter whether you believe in Andy Dalton and Marvin Lewis or not because with the fastest man to ever run the 40 at the combine (Ross) as well as A.J. Green, Giovani Bernard, Jeremy Hill, and Tyler Eifert, the Bengals offense will be tough for any team to stop.

Finally, what many of you have been waiting for, the Eagle’s 2017 first round pick: Derek Barnett. Barnett is a defensive end out of Tennessee that many teams also believe could play 3-4 outside linebacker. His versatility and awareness are his key traits that make him worthy of a first round selection. Barnett’s hands are fast and efficient on tape. His go-to move is to jab the defender, and then either throw them away or swat their hands. It’s incredibly quick and effective. The only concern with Barnett is his speed and his jump off the line, but he will likely help the Eagle’s a great deal considering a major problem with the Eagle’s defense last year was that they had no pass rush whatsoever. 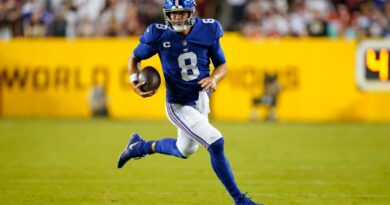 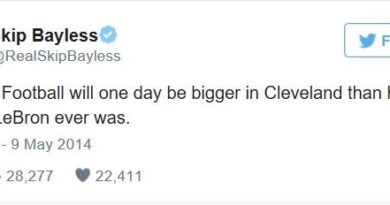