by Jeb Kush
Isaiah Thomas took over and balled out the entire night. Jimmy Butler had his moments but could not get open after hurting his knee on a layup earlier in the game. They set screens for him and he still wasn’t able to make plays happen when the Bulls needed them. Isaiah took advantage of Butler’s disadvantage (as well as his foul trouble) by playing smart and doing what he needed to do. He didn’t make it about himself. He made plays and hit open guys when he needed to and shot when he needed to. He drew fouls seemingly at will. The Celtics went on a 12-0 run in the 3rd in which Isaiah Thomas was responsible for each point, drawing fouls or scoring on 10 and getting an assist on the 11th and 12th points. Butler missed a few key times and even turned the ball over in the same run. Butler was also clearly hurting after screaming during an injury he sustained on a layup late in the third, even pausing to sit underneath the basket after getting fouled later in the fourth.

Isaiah Thomas seemed to be able to make happen whatever he wanted to happen. He either made a shot, got fouled, or hit a wide open guy with an unbelievable pass almost seemingly just to change it up because he was tired of scoring points. Isaiah did that on each of the Celtics last 7 possessions in the 3rd. Also, the technical on Isaiah was absolute shit, MCW walked into his fucking face. In the end, the game came down to the fact that the Bulls simply couldn’t hit shots. There were several times Butler got double teamed in the post, passed to a wide open man in the corner, and the shot was either airballed or barely nicked the rim. Butler then got his fourth foul with 8 minutes still to go in the fourth which didn’t help matters. Bulls had a huge three point drought from the middle of the 3rd quarter onward. Then came Al Horford’s dunk in the 6th minute of the fourth which was an absolute dagger, right off a turnover. Horford hung on the rim long enough for that guy on the intercom at the McDonald’s drive-thru to spit on your burger. Yea, look who’s paying attention again. Later in the fourth quarter, Butler started making shots, creating plays, and making the right decisions again in the fourth despite his knee injury. His teammates briefly followed suit, but the effort was wasted as the Celtics pulled away to win. Finally, if you watched this game and still don’t think Isaiah Thomas is a top 5 point guard in the NBA you can throw your brain in a paper shredder for me. 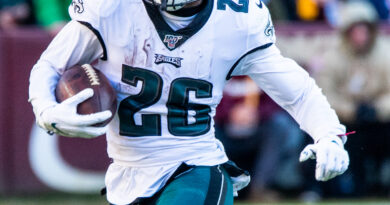