Earlier this week, Desean Jackson had a few kind words to say about a possible return to the Eagles, which has some people clamoring for his return. Jackson called a return to the Eagles “a great story”, as well as mentioning that he wants to play 4-6 years in the league. He also said one of his requirements for whatever team he goes to this offseason is a great quarterback, and in the same breath, he mentioned Carson Wentz “killed it” and “had a heck of a year. He can do it all. He has the intangibles of being a big time quarterback”.

Some believe all of this has Desean Jackson poised for a return to Philly. First off, Desean Jackson would be an immediate improvement at the receiver position for the Eagles. In his last six game this season, Jackson actually had four 100 yard games and averaged 17.9 yards per catch on the year. However, to suggest that Jackson is the piece for the Eagles or even the piece that solves the Eagles issues at receiver is a misguided notion. Jackson would give the Eagles a vertical threat they do not currently possess, as well as a surefire starting-tier wide receiver. But, what the Eagles really need at receiver is a guy who is a great route-runner and can beat man coverage consistently. Right now, the Eagles do not have a single receiver who the team can say “You know what? On third down if the other team is blitzing and playing man coverage across the board we are going to this guy” and be confident about the upcoming play. Signing Desean Jackson would be like getting a pouring buckets of water out of a sinking ship. Yes, it does help and now the ship is not sinking as fast, but the ship is still going to sink. 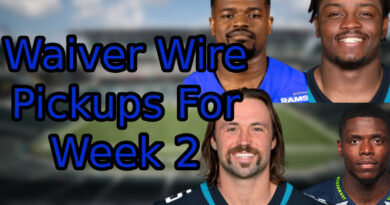